Why You Shouldn’t Cruise Without a Passport 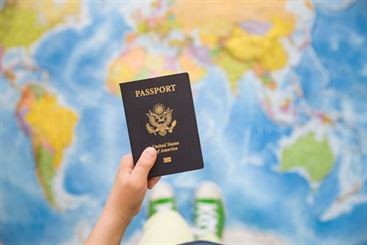 Many people turn to cruising to make their international travel dreams a reality. With options to bundle your food, lodging, and entertainment, cruising is one of the cheapest and most accessible ways to see a new country (or several) in one trip.

When you fly to a foreign country, most airports have a customs process where you present a passport or form of government I.D. And when you fly home, you must present your passport at the U.S. airport to re-enter the country.

But what happens when you cross into international territory on a cruise ship?

Whether or not you need a passport on a cruise depends on which countries you’ll be visiting on your cruise and where your cruise starts and ends. To be safe, though, every
cruiser should bring their passport, no matter where you’re going or how old you are.

Forgetting your passport is a much bigger deal than forgetting your favorite pair of flip-flops. It could prevent you from being able to step ashore at your most dreamed-about destination. Plus, for most cruises, refunds aren’t provided for guests who fail to bring proper documentation.

In general, cruise or no cruise, there are several U.S. territories and commonwealths that allow passport-free entry for U.S. citizens. These include:

Just because you don’t need a passport to visit these U.S. destinations doesn’t mean you won’t need any official documentation. Make sure you have a government-issued photo ID, naturalization paperwork, and/or birth certificate for everyone in your party.

Many countries outside North America will require a passport or potentially a visa in order to step onshore. This includes countries in Europe, Asia, Central and South America.

Cruises that start and end in the same American port don’t require passports. But if your cruise pushes off at one port and ends in another port, even if both ports are in the United States, passengers are required to have a valid passport.

If you’re a U.S. citizen and are cruising out of the United States, but your cruise begins and ends in the same U.S. port, then you don’t need a passport for your cruise. This type of cruise is called a “closed-loop cruise.”

These boats only sail to Canada, Mexico, the Caribbean, the Bahamas, or Bermuda. You won’t need a passport to re-entry the U.S. on a closed-loop cruise.

However, some of the destinations along your journey may still require a passport for entry, like the British Virgin Islands. Plus, if for some reason your cruise ship needs to alter course, it’s possible you’ll need to dock in a foreign country where you could need your passport.

To leave or re-enter or depart the U.S., you’ll need proof of citizenship and a government issued ID. For your kiddos who are U.S. citizens and under 16 years old, they can present either an original, notarized or certified copy of their birth certificate, a Consular Report of Birth Abroad issued by the Department of State, or Certificate of Naturalization issued by U.S. Citizenship and Immigration Services.

Worst Case Scenarios Without a Passport

There are plenty of situations that could arise which could turn your vacation into a disaster without your passport:

In most of these cases, you’ll need to contact the local U.S. Embassy or consulate to get a temporary passport (Limited Validity Passport) in order to re-enter the U.S. But this could take a few days, especially if you contact either government office over the weekend.

You may need to get a visa before you travel to a foreign destination. Contact the embassy of the countries you will be visiting for more information.

You can visit travel.state.gov to figure out exactly which documents you’ll need for the countries you’ll be visiting. Your CloudBlue agent will also work with your cruise line to help you figure out these details when you book your cruise.

The Final Word? Bring Your Passport No Matter What

With all the time, money, and excitement you’re investing into planning the perfect cruise vacation, the last thing you want is to be put in a tricky situation because you don’t have your passport.

Life doesn’t always go according to plan, and neither does vacation. Bringing your passport will free you up from any possible worries so you can say yes to that extra piña colada, kick up your feet, and let your ship carry you off to your dream destination.

If you have any questions about whether you’ll need a passport or visa for your next trip, don’t hesitate to contact us today » 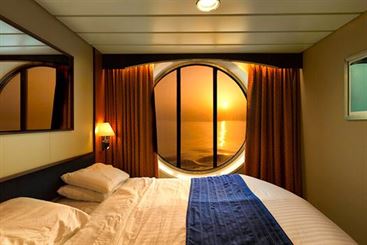 Everything You Need to Know to Choose Your Cruise Ship Cabin

When it comes to planning a cruise, you’ve got a lot of choices to
Read more 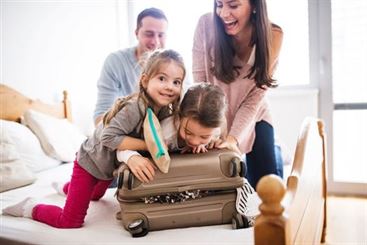 5 Things I Wish I’d Known as a Cruise Rookie

Your suitcase is by the front door, your brand new pair of flip-flops
Read more