Jack’s Shack is the culmination of Jack’s career in waterfront construction around the world. Jack’s last marine construction project was the Grand Turk Cruise port. He met Janet and stayed on island – the rest is history.

The fantasy of a mojito hut on the beach came to reality when he teamed up a local diving company to build a new dive shop along the best beach in Grand Turk within walking distance of the new cruise terminal. Setting up the tiki hut on a spacious deck, he was instantly ready to serve cold drinks in a relaxing atmosphere.

Janet, a relocated Canadian nurse, brought the crowds with her lavish pours and great personality. Together they enjoy sharing their island stories with the cruise ship passengers willing to venture out along the sandy beach to experience paradise. Janet’s daughter Erin joined the duo as head bartender, introducing inventive shots and drink combinations.  Jack and Janet found their slice of paradise and want all of you to enjoy it as well! 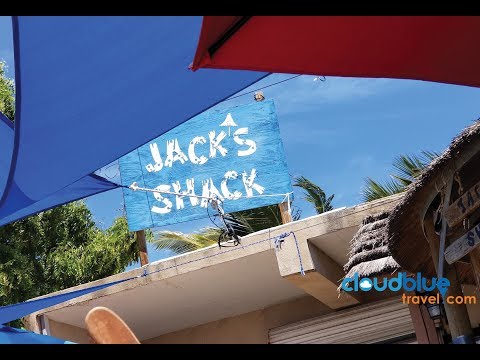